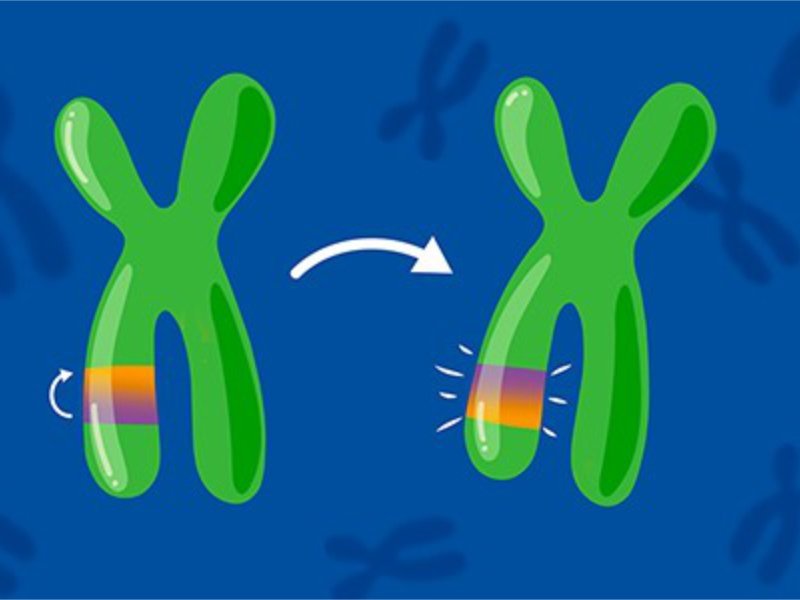 Inversions in the human genome form more commonly than previously thought, impacting our understanding of genetic stability and diseases

Unlike other mutations such as copy number variations, inversions remain poorly understood because they are difficult to analyse. In a joint effort using multiple complementary genomic technologies and new computational methods, scientists at EMBL Heidelberg, in collaboration with scientists at the University of Washington, USA, and Heinrich Heine University Düsseldorf, Germany, have now shown that inversions are one of the most common mutational processes in humans.

The researchers uncovered how inversions are formed and investigated in detail a set of 40 inversions that form recurrently in the genome, where the DNA sequence flips back and forth.

“We found that inversions form at a much higher rate than previously thought. In humans at least 0.6% of the genome repeatedly changes direction, making inversion one of the fastest mutational processes in humans,” said Jan Korbel, EMBL Senior Scientist and Head of Data Science as well as a member of the GHGA Board of Directors. “At these sites, the genome is not stable – the direction of the DNA code continues to switch back and forth.”

Many important human genes - some associated with disease - lie within these unstable regions impacting how scientists should study aspects such as long-distance gene regulation or epigenetics. The authors showed that recurrent inversions are associated with rare genomic rearrangements found in developmental delay and neuropsychiatric disorders. Evan Eichler, group leader at the University of Washington: “The question now is why? We hypothesize that certain configurations at the flanks of the inversions either predispose or protect individuals and their offspring from disease-associated rearrangements. This could have a practical application in the clinic, where it could be used to identify families at risk for developing these disorders.”

This study was headed by Tobias Marshall, Heine University Düsseldorf, Evan Eichler, University of Washington, and member of the GHGA Board of Directors Jan Korbel, EMBL Heidelberg. Once operational, GHGA will support studies like these by providing researchers access to human Omics data, which will serve as an important reference and enhance the interpretation and understanding of other related genomic and epigenomic data.